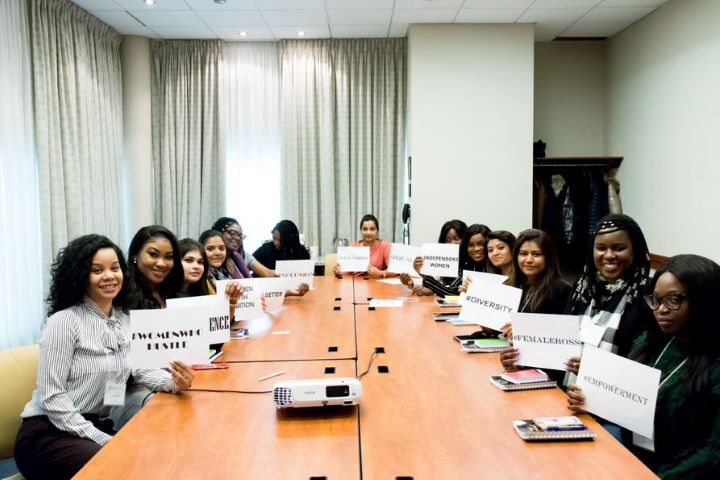 Three Things I learned, this Women’s Month, about Women Working in the Tech Industry

There’s never been a better time for women to climb up the ranks in Tech than right now. That fact was more clear than ever before as I sat in the Women’s in Tech event that took place earlier this month.

When I set out to create an event to facilitate conversation and connection for women in technology my purpose was simple, I wanted to show women that here at Olade we value their contribution and their presence.

While technology is one of the greatest agents of change, the industry itself is a bit behind when in comes to gender-diversity. Of the 20 women who attended the event 80% of them were the only woman on their teams.  With that in mind we began our discussion with the aim of truly seeing the issues women in this industry face on a daily basis.

While I can never experience what it means to be a woman in tech or in business, I can say that listening to the stories from these women inspired me to continue advocating with and for them. It also allowed me to further understand some of the issues they must navigate, and gave me perspective on how I can continue to do better.

Here are the top three (3) takeaways I learned from sitting in a room filled with intelligent, passionate women in technology.

1. Women Speaking Up is a Must

Let’s just state the fact, yes women are still vastly underrepresented in the tech space, and often they are the only women in a room and easily overlooked.

I learned that most of the women in the room have been ignored and/or sometimes rudely interrupted during a meeting by a male colleague at some point in their career.  While this fact surprised me, I was the only one surprised. Women must be willing to speak up and take credit publicly for their contributions because they have earned their seat at the table. They must be intentional about being heard.

2. Examine Your Own Gender Bias

Many people are unaware of their own gender bias. This is one of the topics we discussed during our round table discussion and I learned so much about bias and women being categorized as aggressive in the workplace.

In the 2018 Bestseller,  Rage Becomes Her: The Power of Women’s Anger by Soraya Chemaly  the author explains the concept of a woman’s anger and goes on to state that many people see woman’s anger in a negative light due to gender bias they’ve formed.

From a very young age, Chemaly explains how girls and boys are shaped into thinking that females cannot exhibit anger and authority in the same way their male counterparts can, and are permitted to.

In the workplace we must take a look at our own biases. Ask yourself: ‘If I saw that same behavior coming from a man would I view that as aggressive?’

For Women in Tech one of the sure ways to grow and learn is to find a mentor. While there isn’t always another female to mentor you within your organization, there are male figures as well who are champions of women’s success and can provide support and leadership.

The bottom line is to find a champion—male or female—who is willing to help you break through any glass ceiling that you may find yourself under.

“While you can be excellent at what you do” explains panelist Lola Adeyemi,. “It doesn’t necessarily mean you’ll be successful. It is vital to have the right leaders in your corner, championing for you.”

I thank all the women who came to share with each other and I believe that with a few simple changes each one of us can have an impact on gender equality in Tech and beyond.

Hiring Manager- How diverse is your team?

Our Vision is to accelerate the growth of our clients by equipping them with resources, advisory solutions, and training programs required to elevate them to a desired future state.

Empowering you to achieve your goals...